Bean there, done that: The low down on Taipei cafes

You know that well-worn saying “Never talk about sex, politics and religion”? I’d like to add another topic to the mix- coffee. Think about it- like sex, religion and politics, people have incredibly strong opinions about coffee, and will doggedly fight you to the bitter end to make you see their way. Where to get the best cup, which baristas really know what they’re doing, what drink to order. It’s a minefield of a conversation at tamest.

I think it’s a shame sex, religion and politics are often seen as “taboo” or improper to discuss- some of the richest, most insightful conversations I’ve had have been about these topics. I hazard it’s because there’s a high chance for conflict, or making others feel uncomfortable. Same with coffee right? How dare suggest that place! Do you even drink coffee? Just go back to your McCafe. (Taiwan limited insult: Just sip your Dante Coffee. Burn).

So it was with quite a bit of trepidation that I accepted the assignment from Travelog to write about some of Taipei’s best coffee shops. Check it out by clinking the link or picture below!

Bean there done that: Taipei cafes perfect for every occasion

What a task of gigantic proportions! Taipei has a huge number of incredible coffee shops, so just narrowing it down was challenging in itself. I knew I would have to be really careful to not suggest anything too “typical” or “commercial” for fear that a member of the Coffee Mob (you know the type) would roast me alive (at least this would subsequently lead to the creation of a delicious Tying To Taipei coffee blend!) 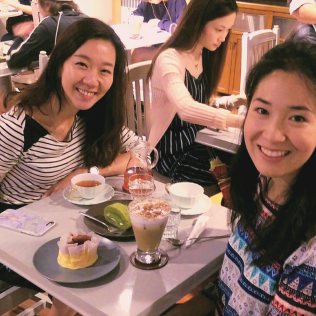 Carb loading at The Lobby of Simple Kaffa. The drinks and cakes are honestly top notch!

So I may have overcompensated with a not too shabby number of places to recommend. A bit naughty considering Travelog generally likes these lists to be a Top 5, but how on earth could I narrow it down to just a handful?

I’ve suggested where to go for:
-Impressive interiors
-Strong and free WiFi
-A date with your favourite book
-A good cup of coffee

I hope you can discover a new place to get your caffeine fix after reading! Obviously, this only covers the surface of the eclectic mix of cafes in Taipei- if this article goes well hopefully I can cover other categories too!

It was a really fun assignment as I absolutely love nestling in a cafe with a coffee to sip on and just chill the day away. I know that Taipei’s coffees are frustratingly quite expensive (especially when they are the same price to get a whole meal!), but I guess it is worth it if you get a good cup, relaxing surrounds and maybe a bite to eat too. 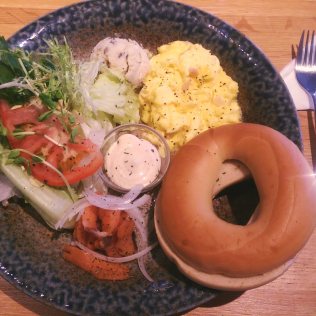 The bagel set and interiors I was swooning over at ImPerfect Cafe.

Coming from one of the coffee loving capitals of the world, Sydney, I think I can appreciate a good cup when I taste it. Sydneysiders are absolutely bonkers for coffee. A cup of coffee is usually quite affordable and expertly crafted, which is fortunate considering its common practice to catch up with friends over coffee. (Holla to my Aussie readers- living without our wonderful Aus-exclusive flat whites is seriously tough!)

It’s a big relief Taipei holds a high standard for coffee too. There are so many wonderful little coffee shops out there that I fear I may not get around to trying them all!

What do you think of my coffee roundup? Have you tried any of the places already? Do you have any suggestions? I’d love to hear! Please let me know in the comments section below 🙂 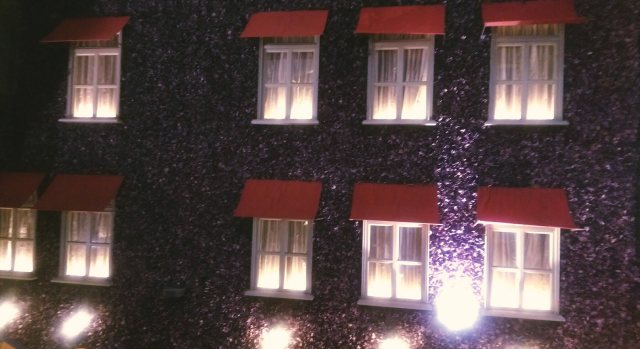 The striking exterior of The Lobby of Simple Kaffa