The Best Countries for Expats: Why Taiwan is Number One 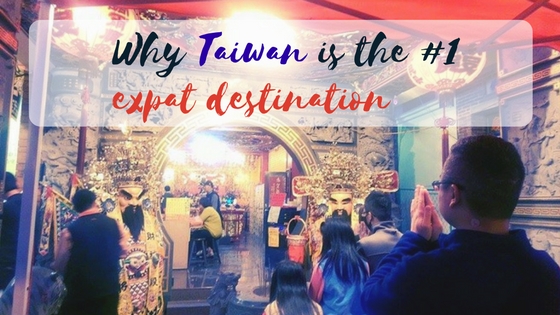 I was recently asked by the BBC to share my thoughts on what makes Taiwan one of the best countries for expats in their article, Want to Move Abroad? Try Here.

The article runs through the most highly-ranked countries to live in as an expat, as voted by 14,000 expats in the most recent InterNations survey on life abroad. And guess which country was awarded the title of the best expat destination in the world? Taiwan.

Those of us already living here as expats met the results with a reaction akin to, “yep, we already knew that!” But for those of you who haven’t visited Taiwan yet, it might not be so obvious why.

I can’t speak for everyone, but I think there are a great number of reasons. Below, I’ve shared my thoughts on expat life in Taiwan which didn’t quite make the cut in the BBC article. I hope they’ll shed a bit of light on why so many expats are satisfied living here!

What makes Taiwan one of the best countries for expats?

As most expats based here will attest to, Taiwan is without a doubt one of the best places to live in the world as an expat.

Not only is it relatively easy to integrate here as an expat, there are so many facets to Taiwan that will keep you constantly intrigued. Taiwan boasts the most captivating blend of attributes: warm-hearted locals, a fusion of historic and modern culture, mesmerizing temples and shrines, sweeping natural landscapes, ridiculously delicious cuisine, and a buzzing nightlife. 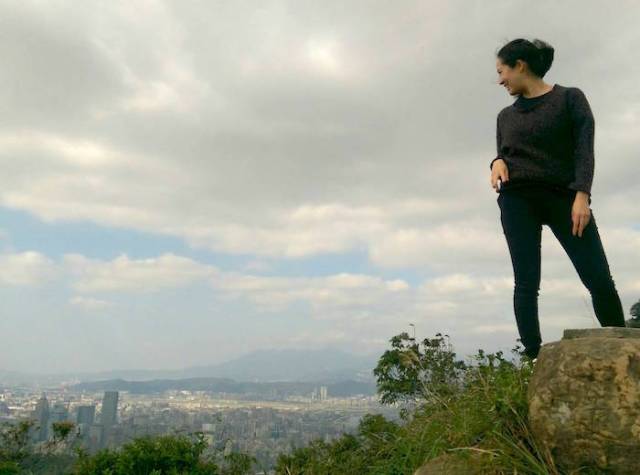 Phenomenal views are just one great thing about living here

In terms of practical considerations, I think the main attributes which stand out for foreigners living in Taipei are:

It’s obviously impossible to properly convey what makes Taiwan a great place to live in just a few short paragraphs. What’s more, expats’ priorities are differ, so it’s hard to generalize. But I’d argue that Taiwan offers such a diverse mix of attributes that you’ll probably find quite a few to appreciate here as an expat.

What makes it easy to integrate in your opinion?

There are many reasons Taiwan is relatively easy to integrate into as an expat. Personally, I found that the two main reasons were the welcoming attitude of both the Taiwanese locals, and other expats.

I was surprised and humbled by the extent many Taiwanese locals were so openly welcoming – from showing patience when I jumbled up my Mandarin, to going out of their way to help when I was in a bind. 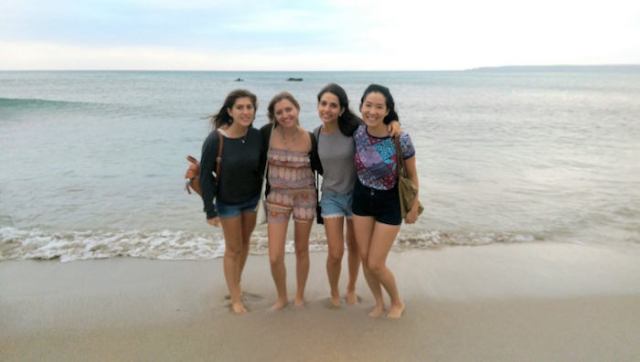 The expat community in Taipei is very active – there’s always numerous events organized every week where you can pick up or continue a hobby, make personal and professional connections, and even start a language exchange. I’d recommend anyone who has just moved here and is feeling a bit disconnected should look into the various social and professional groups here and join along for an event.

Once you’ve been here for a while, you’ll realize how connected everyone is, so if you’re willing to put yourself out there, you’ll be able to quite quickly expand your network through friends of friends and other connections.

What intrigued you most when you first visited?

When I first visited, I was most intrigued by how a place which seemed to “have it all” – rich traditions and culture, kind people, and phenomenal sights and food – had managed to slip under the radar for many travelers including myself.

Taiwan is often called “the hidden gem of Asia” because of this. As I touched on before, it still isn’t popularly considered to be a worthy travel destination despite having an overwhelming number of draw cards. Fortunately, it seems more and more people are catching on to how incredible it is.

Believe it or not, even after living here for a couple of years, I still walk around wide-eyed most of the time. Maybe I’m just a naturally curious person, but I honestly do think that there’s so much to discover here – in Taipei and beyond.

There’s always another alley to explore, temple to visit, cafe to chill out in, person to learn from, hidden piece of nature to find, and so on. It’s for this reason, I’d like to hope my intrigue with Taiwan will never go away.

Well those are some of my views – but how about sharing yours? I’m really curious to hear what my fellow Taiwan expats think about living here, so please leave a comment below to share your experiences.

For those who haven’t managed to make their way over yet, I hope you’ll plan to come one day! And if that trip goes so well you decide to live here? Well, that’s just the Taiwan effect 🙂