As a relatively international city, I want to get your opinion on something I just pondered.

When does a foreigner who has been living in a country for a lengthy time become a “local”? At what point, do they lose the “foreigner” tag, and become considered just a regular citizen? 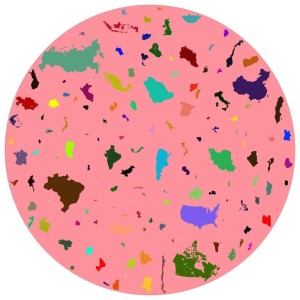 Having grown up in one of the most multicultural countries in the world, Australia, I believe that the definition of “Australian” encompasses a sea of diverse people. Our Indigenous people, citizens born in the country, immigrants, those who emigrate from different countries. If people born overseas chose to call Australia home, and identify themselves as Australian, it makes sense to me that they would no longer be called “foreigners” in a country they now see as their own. It is one of the unique qualities that I truly love about Australia.

I’m not sure how it is in Taiwan, but now I’m really interested in the extent to which Taiwan embraces people who chose to call Taiwan home. Not people like me who are staying in Taiwan for (probably) a relatively short period of time, but those who have fully settled in to Taiwan and see their future here. I am curious because one thing that I learned and have constantly read about Japan -which diametrically opposite to Australia, is arguably the most homogenous country in the world- is that generally speaking if you were not born in Japan, and do not have “full” Japanese heritage, you will never be considered Japanese by a considerable proportion of people.

As I’ve touched on before (my first entry), more and more I find myself distancing myself from wanting to identify just as a person from the country where I was born. The more I move around, I realise that all the things that make me, me are a culmination of all my experiences, in Australia but also abroad. People often label the things I say or do as “so Australian” or “so Japanese” or want to put an exact label on what I am. I often feel like I am in a repetitive cycle of being called “super Australian” by friends from abroad, or “Japanese” by people who see how I look or find out I’m half-Japanese. Or sadly, sometimes receiving end of racism when I’m called “not Australian”, or have my nationality ignorantly questioned in the very country I was born. Increasingly, as much as I myself cringe at the term, I find myself identifying with the sentiment of being a world citizen.

In terms of here in Taiwan, maybe it’s too soon to express such a sentiment, but I already feel embraced by the warmness which emanates from Taipei, and all the people I have been lucky to meet so far. In Taiwan, I have yet to experience that awful feeling where the person you’re speaking to makes it very clear- either inadvertently or quite directly- that you don’t belong. In Japan, more times than I can remember, what started off as a conversation expressing curiosity into my background left me feeling rather alienated and very much an outsider.

Conversely, everyone I have spoken to here, upon realising that I’m a foreigner has only been too kind in their treatment of me. If they further inquire about where I’m from it seems to stem from genuine curiosity and in the end I feel so welcomed when they express their happiness that I’ve chosen to be in Taiwan. There have been no subtle jabs to “other” me or make me feel like I don’t have just as much right to be here as anyone else. Of course, Taiwan is not perfect- discrimination does happen both by people and the law, but for the most part been fortunate to not have personally encountered it.

It’s an interesting comparison to make in terms of being accepted, given that in my case, being half Japanese I have some “claim” to being Japanese and thereby hold stronger emotions about being accepted. And being Australian I feel especially affected by situations where I’m made to feel like I don’t belong. Whereas, with no Taiwanese background I don’t feel so personally invested, yet it’s the place where I have felt most accepted so far.

At the end of the day, I think the take away message is that feeling accepted- by other people, by a country or the place you call home is such a fundamental part of feeling settled and feeling like you belong. On a more macro scale, issues of acceptance indisputably underlies a lot of issues that the world is facing today.

Being a foreigner is often daunting and stressful. Anyone who has traveled or lived abroad can attest to the difficulties which come with the tag. Sometimes by your very own paranoia you feel like you stand out like a neon sign, and what’s worse, you don’t know how to turn out your blinding light. Particularly in situations where you don’t know how to convey yourself, or you don’t understand what going on, being a foreigner is not always smooth sailing.

On the other hand, there are good things about being a foreigner of course. If you’re a foreigner, by its very name it means that you’re in a different country, soaking up a new adventure in that wide-eyed way that foreigners excel at. Just as you absorb all the richness of the country you’re in, you also have the opportunity to bring your perspectives, your experiences and your knowledge to hopefully share those in a productive and positive way.

It’s always a weirdly comforting thought that everyone is a foreigner somewhere. But whether you’re made to feel foreign, or encouraged to feel a part of a place- even temporarily, really makes a world of difference.

← Trainspotting: Reuniting with my old friend, the train floor
The loch ness monster of Taiwan: The $200 note →